AROUND THE WORLD: A Honeymoon to Europe and North America

What if I said you could visit both Europe and America on the one ticket? Well Ash and Jarrad had both continents in their sights and embarked on the most memorable adventure to start the rest of their lives together. Here are the details of where they went and how they did it.

MOST MEMORABLE | Switzerland on our Topdeck Tour

Jarrad and I embarked on a 5-week Round World Adventure to celebrate tying the knot! In the lead up to our wedding, we were so busy perfecting everything that the honeymoon was something we really didn’t have time to sit down and nut out ourselves. We contacted Sara and she drove 2 hours to come and arrange our honeymoon in our own home. Godsend!

We had several places on our honeymoon bucked list, none of which worked in with your stock standard return airfare. We wanted to explore Europe in Winter, ski in Canada and enjoy the sunshine in Mexico and California. Sara suggested a ‘mini round the world’ fare with Emirates. This enabled us to do Europe AND America/Canada without booking expensive one-way fares.

We flew to London first where we had a couple of days to explore this iconic city and recover from the long flight. We stayed at the Copthorne Tara Hotel in Kensington, a small hotel in a perfect location. The staff were so lovely and helpful.

On day 3, we embarked on a 14 Day Winter Wonder tour with Topdeck. For honeymooners wanting to do a tour, we highly recommend going with hotel style accommodation for that extra privacy you need on your honeymoon! The style of accommodation on this tour attracted primarily couples who were of similar age to us, bonus! We had THE most amazing time over the 14 days and made so many lifelong friends.

Here is a map of our tour:

The highlight of our Topdeck tour was Switzerland. It was so picturesque, the bars were cool, the snow was magical and the locals were super friendly.

When the tour ended in London, we took a quick flight down to Milan to meet our direct flight to New York with Emirates.

We started our North American quest with 4 nights at the Staybridge Suites located in Times Square. Jarrad and I both agreed to spend a little more on our hotel in New York, and it was totally worth it! Again, the staff here were super friendly and kindly upgraded us to the most amazing room.

With so much to do in New York 4 nights was hardly enough but if visiting in Winter like us, we would highly recommend ice skating in Central Park. 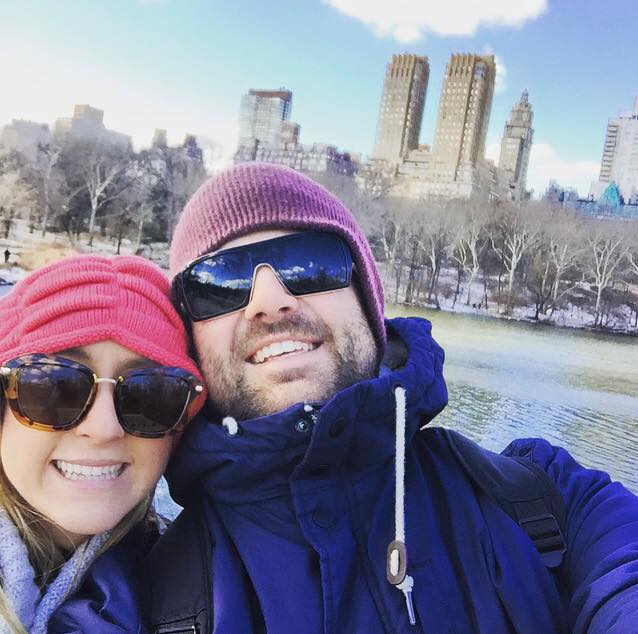 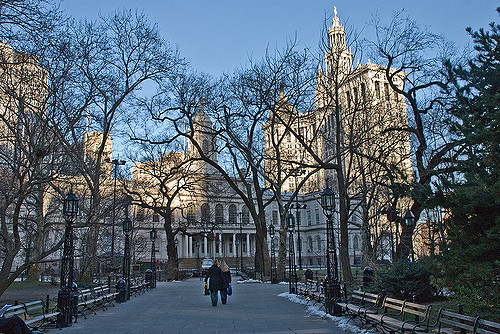 From New York we flew to Quebec- Canada. There we hired a car and headed for the snowy mountains of Mt Tremblant. We did upgrade our car to a small 4WD after a lengthy lecture from the staff when mentioning where we were headed. We stayed at the Marriott Residence Inn for 3 nights which was just beautiful. We got upgraded again and our room was HUGE! We snowboarded by day and sipped red wine in front of the warm fire by night. Bliss!

Holidaying in Canada and North America in winter does come with the risk of travel delays. And for us, our flight from Quebec to Cancun via New York was cancelled due to a snow storm. Without too much drama we dropped the car off in Montreal and caught a direct flight to Cancun. Knowing we were covered by travel insurance removed all the stress from the situation.

So off we went to chase the sun in Mexico!

Our bodies started to defrost as soon as we stepped off the plane in Cancun. We stayed at The Westin Resort & Spa for 6 nights. We HIGHLY recommend this hotel! The staff were so friendly and our room was huge with ocean views, and all for a lot less than you’d expect! We decided not to go all-inclusive and were pleasantly surprised at the affordability of the food and beer.

From Cancun we flew to Los Angeles, where we picked up a car to explore California for the final week of our honeymoon. We purposely left this last week unbooked. Jarrad has spent a lot of time in California while he was studying so we were happy to just ‘wing it’! We landed late in the arvo and found a budget hotel in Anaheim for a couple of nights. With our one full day, we of course hit up Disneyland as soon as it opened. In the afternoon, we ticked the Hollywood Sign off the bucket list and headed into town to walk along Hollywood Boulevard. The evening was spend sipping cocktails and exploring the many famous bars on offer.

After our whirlwind day in LA we had a full day in the car with San Francisco in sight. We conquered Highway One in just one day!! It was an absolute beauty and our only regret was not having an extra few days up our sleeves to stop along the way. We chose a quaint central hotel to explore San Fran and hit up the sights the very next day.

3 nights allowed us to take a day trip to the Napa Valley which is a MUST when visiting this beautiful part of the world. The end of our honeymoon was upon us and Jarrad and I couldn’t believe how lucky we were.

We had made the most amazing memories throughout our five weeks overseas and it really was the perfect start to the rest of our lives together.

How you can do it!

(Its mini because it doesn't include all the stops of a full round the world!)

Ash and Jarrad were able to see both Europe and America on one fare without paying for a full round the world ticket. Because all their flights were on one ticket, they had a 30kg luggage allowance... the whole way! Here are the facts on the Emirates mini round world fare.

Ash and Jarrad had an unbelievable time on Topdeck's Winter Wonderland tour.

A SPONTANEOUS GETAWAY: How you can save booking last minute